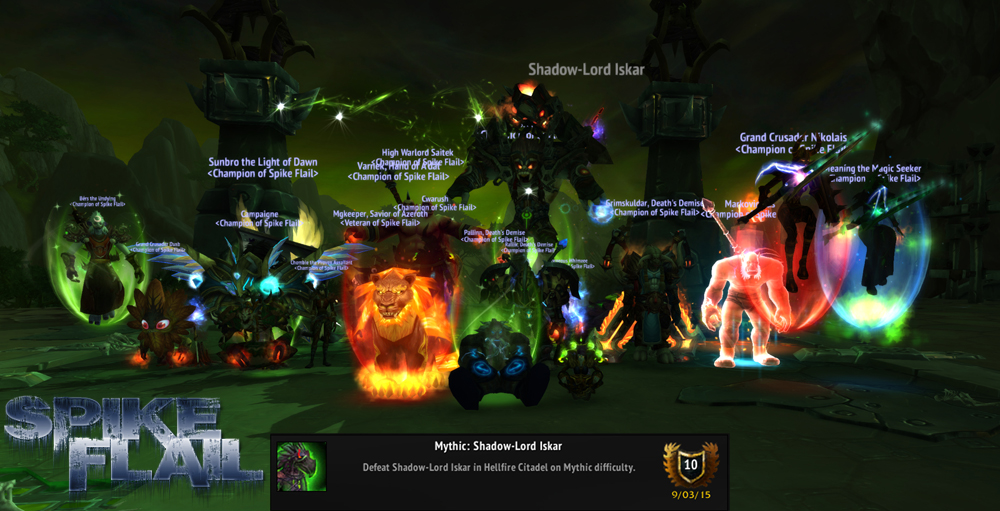 The destroyer of guilds. This late into the expansion, a gateway boss that requires 9 minutes of perfect play definitely meets that criteria.

We went into this expecting the 150-200 wipes every other guild needed, but honestly could have had this earlier. Within a night or two our Souls had stabilized, but we kept running into consistency issues putting together 3 clean Phase 1s. Even our eventual kill probably shouldn't have been a kill, but we were so used to screwing up something in a Phase 1 that we were able to power through a messy final few minutes.

Ultimately we clocked in at 123 attempts (according to Exorsus), which I personally am pretty satisfied with. Nice job boys and Whimzee: 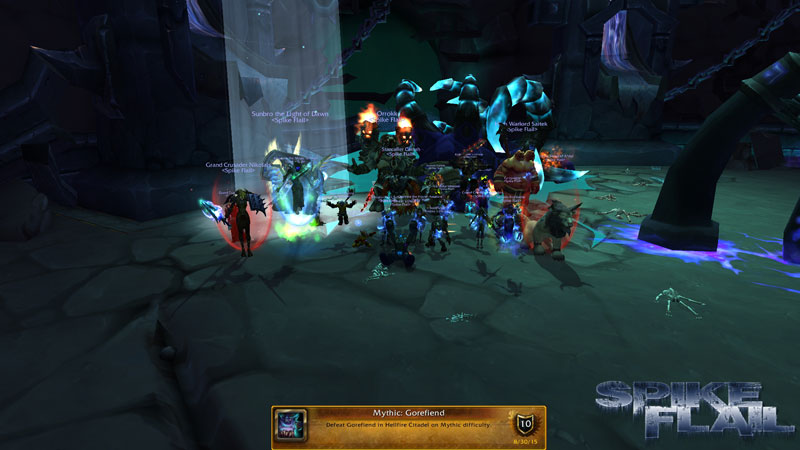 We couldn't leave Loothrecar sitting there with a lockout reset coming. Thanks for everyone who came out on the off night to get some quick loot. Nice job to our Hunter army and the Red Baron Niko himself. 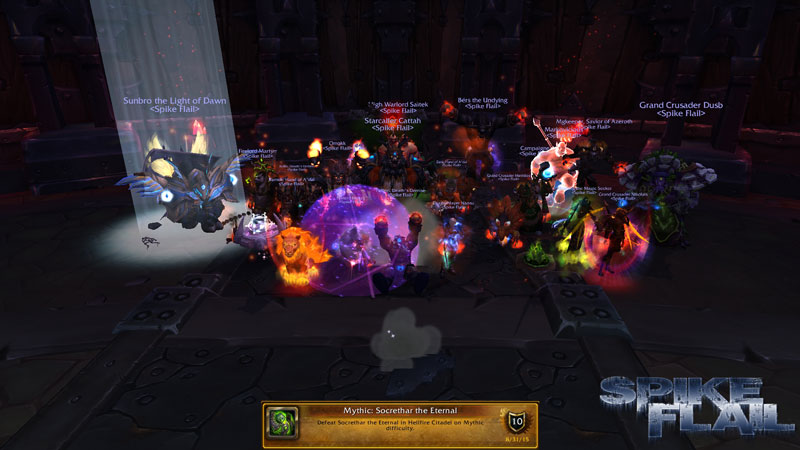 I wanted to give a big shout out to everyone for stepping up the past week or two. Gorefiend is a fight that really pushed us each to be better in a lot of ways - whether it was optimizing our UIs for information flow, getting more comfortable being a vocal communicator over Mumble, or tweaking our class's spec/gear/playstyle for the roles we were given. I really appreciated how willing people were to speak up and communicate in Mumble the final week of our kill, and I certainly think it had a large bearing on us finally pushing him down.

You guys rock. Now to do it 3 more times until we can skip that fat fuck.